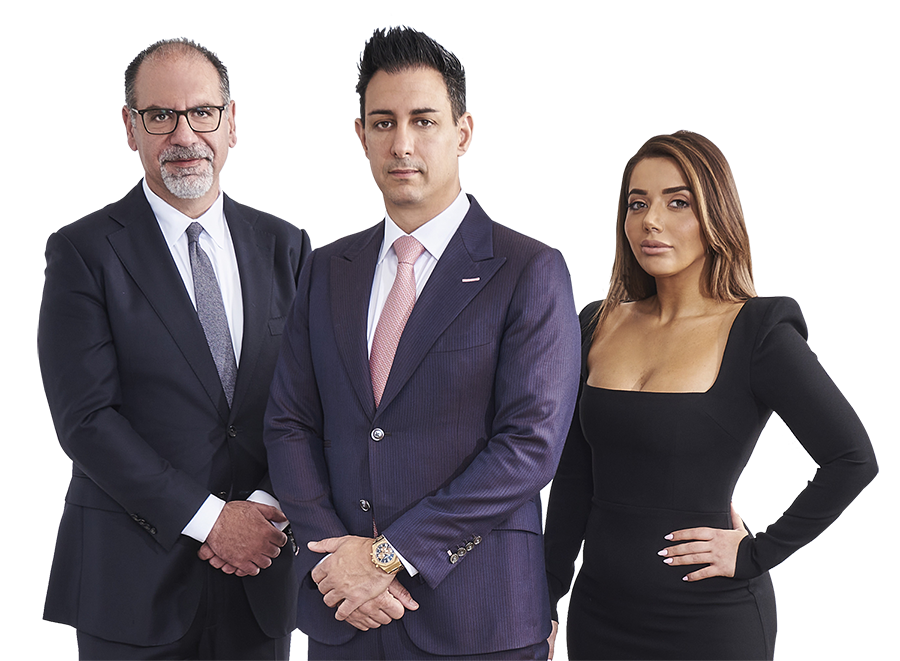 Losing a loved one is often incredibly traumatic. When your family member died because of the actions of another person, your grief may be compounded by the knowledge that their life was cut short. Financial hardships due to their death may make this time even more challenging.

In California, wrongful death actions allow families to file a lawsuit against the person responsible for their loved one’s death. If your parent, spouse or child has died as a result of another person’s negligence or recklessness, a wrongful death claim can help you hold that person accountable and provide you with the financial compensation that you need to move forward with your life.

A skilled California wrongful death lawyer can investigate the case, determine what happened, and fight for justice on your behalf. While a lawsuit won’t make your family whole again, your attorney can advocate for you and your family, and help you put the pieces of your lives back together after a tragic loss.

When Is a Dead Considered “Wrongful” in California?

Under California law, a wrongful death is one that was caused by the wrongful act of another person. This may include actions that are negligent, grossly negligent, reckless, or even intentional. If a person intentionally caused harm to someone, they may also face criminal prosecution for their actions.

A wrongful death action can only be filed by certain members of the decedent (person who died)’s family: spouses, domestic partners, children, grandchildren (if the decedent’s children are also deceased), and other minor children, such as stepchildren, who were dependent on the dependent for at least 50% of their financial support. In addition, anyone else who would be entitled to the deceased’s property under California’s intestate secession laws (i.e., the way that property is inherited if a person dies without a will) can file this type of claim.

For example, if a married mother of three dies after a drunk driver slams into her car, her death would likely be considered wrongful under California law. Her surviving spouse, children, and parents could file a lawsuit against that drunk driver for their actions (driving under the influence) that caused her death. The drunk driver may also face criminal charges for drunk driving.

In California, there is a separate type of legal action that may be filed for a wrongful death: a survival action. This type of legal action is brought by the victim’s estate to compensate for the losses that they suffered before passing away (as opposed to the damages that the family has suffered). In the example above, if the mother was critically injured and spent months in the hospital before dying, her estate may recover damages for pain and suffering, mental anguish, medical bills, and burial expenses.

“Wrongful death” is defined broadly under California law. Almost any death that was caused by someone acting negligently or recklessly could be the basis of a wrongful death lawsuit. A wrongful death claim may be filed in cases involving:

These are just some of the many types of wrongful death actions that may be brought if your loved one has died due to the negligence of another person or even a corporation.

While no amount of money can truly compensate for the loss of your loved one, filing a wrongful death claim can help you hold the person who caused their death accountable. At the same time, it can help to ease the financial stress that often accompanies a wrongful death. Considering an experienced wrongful death lawyer or law firm will be the best solution for you to get this done in a proper way.

There are two categories of damages available in wrongful death claims, both of which are intended to compensate survivors for the losses that they have suffered. Taken together, economic and non-economic damages work to compensate survivors for the value of the financial and emotional support that they would have received if their loved one had lived.

Economic damages may include items such as:

No matter the details of your rideshare car accident, our legal team is always ready to make sure your rights are protected and help get you on the road to recovery as fast as possible.

If you sustained injuries in a bicycle accident in California, reaching out to our legal team can help you obtain maximum compensation for all your injuries.

Truck accident claims often involve corporate lawyers, but our lawyers have the knowledge and skill needed to ensure you get fair compensation for your injuries, no matter who’s on the other side.

Protect your rights in any car accident injury case, with some of the best car accident lawyers in California.

Motorcycle riders in California know that Megeredchian Law attorneys are the ones obtaining the best results in any motorcycle accident case by fighting for their client’s rights with utmost passion and dedication to recover all their losses and damages.

Let us help you!

If you need consultation, please feel free to contact us.

Tell us about your accident and we will call you in less than 1 minute.

Contact Us anytime if you need expert legal representation.

Client spent 3 days in the ICU after he was rear-ended off-road and into the ditch.

Client spent 3 days in the ICU after he was rear-ended off-road and into the ditch. They had no broken bones.

Client had a mild brain surgery after lane-splitting with their motorcycle and colliding with a vehicle making abrupt lane change.

From a $1.2 million settlement for a head-on collision case to $1 million for a rear-end car accident case, Megeredchian Law results are among the best in California State. We know exactly how much your car accident claim is worth and we never settle for less. This is how we choose to represent your concerns every day- with passion, persistence, and excellence- ensuring that from us you only get the BEST RESULTS!

Non-economic damages may include compensation for the loss of the decedents, protection, affection, society and companionship, moral support, training and guidance, and even sexual relations. It does not include damages for the survivors’ grief, sorrow, or pain and suffering.

There is not a fixed amount that may be awarded for damages in a wrongful death case. Instead, a court considers factors such as the decedent’s life expectancy at the time of the wrongful act (or the wrongdoer’s life expectancy at the same time, whichever is shorter), how many survivors depended on the deceased for financial support and security, and the deceased’s future earning ability.

We are selective about the volume of cases and the type of cases we undertake. This ensures our client’s case gets the attention it needs so results are achieved. Big firms with big case volumes means your case gets lost with the thousand others. Results matter, experience the difference by retaining our firm and let us exceed your expectations.

Our clients are not just “clients,” we treat everyone like family with compassion and the utmost care.

Considering a Wrongful Death Claim? We Can Help.

There are few things more difficult than losing a loved one, particularly if the death is sudden or unexpected. If their death was caused by the wrongful actions of another person or entity, then you may be able to file a wrongful death lawsuit with the help of a skilled California wrongful death attorney.

At Megeredchian Law, we will offer you compassion and support during this difficult time, while simultaneously helping you understand your rights as a survivor. Based in Glendale, our Wrongful Death law firm will advocate for you throughout the process, helping you achieve the best possible outcome. To learn more or to schedule a free consultation with one of our California wrongful death lawyers, contact us at 818-530-1300 or email us at any time.