When Is A Car Totaled?

What does it mean when a car is totaled?

Unfortunately, there are certain car accidents that could not only cause severe bodily injuries, but also extensive property damage. Property damage is a claim that refers to damage done to your specific belongings, such as your vehicle, and other devices that may have been in your car at the time of the accident. The most popular type of property damage is vehicular damage from a car accident.

Each different type of accident may result in different damages. For example, an accident involving a big rig or a truck could involve very extensive damage done to the regular size sedan. The speed at which the cars were going prior to the accident, and the size and weight of the cars involved will determine the damage done to the vehicle.

A car is considered to be totaled when the cost to repair the vehicle is more than the actual value of the vehicle itself.

How do insurance companies decide that a car is totaled?

Insurance companies have two different types of coverage that will help pay for a totaled car. This includes comprehensive coverage and collision coverage. In California, it is required that all drivers have car insurance. A type of coverage that almost all car insurance companies offer is collision coverage. For example, if you are involved in a car accident, and have totaled your vehicle and do not have collision or comprehensive coverage, you have to pay out-of-pocket for the expenses for your vehicle. 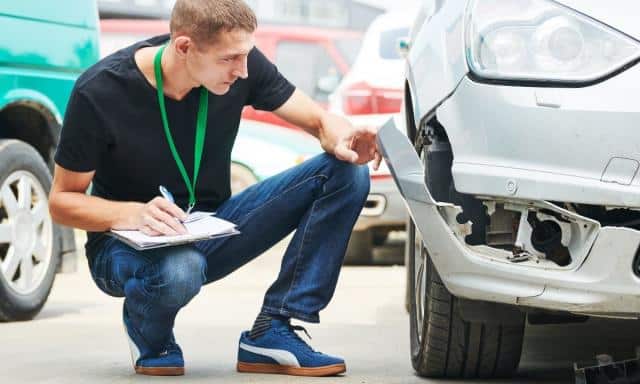 What happens when I file a claim for property damage with my insurance company?

When you file a claim with your insurance company for property damage, specifically vehicle repair, you may receive compensation in one of two ways:

What should I do if my car is totaled?

How is a total car's value decided by insurance companies?

Is my car totaled if my airbags were deployed?

The most common misconception is that because the car’s airbag was deployed, the entire car is now totaled. This is not always the case. An insurance company will investigate the damage done to the vehicle, and determine if the vehicle is totaled or not. The deployment of the airbags is just one of the several factors that an insurance company considers when determining if a car is repairable.

What if the car accident was not my fault?

If the car accident was not your fault, and was caused by another negligent party, then you could still file a claim with your insurance for any repairs or the cost of the totaled vehicle. In certain cases, if another party was responsible for causing the accident, then the other party’s Insurance could even reimburse you the value of your totaled vehicle. This is determined by the percentage of liability, and whether you have coverage for your vehicle.

What If my car property damage was caused by natural disasters?

Sometimes, during certain natural disasters, such as earthquakes, or floods, your car could get totaled. Insurance companies recognize that this is no fault from you, and instead should reimburse you for the cost to repair or replace your vehicle.

Is it worth keeping a totaled car?

Sometimes, you have the option of keeping your totaled vehicle. You simply ask for the vehicle, along with any repair costs. But, keep in mind that insurance companies may not always offer the entire cost of repairs since it is worth more than the vehicle. Insurance companies may only pay a portion of the repair cost if you choose to keep the totaled vehicle.

But, keep in mind that having a totaled vehicle may be dangerous in terms of safety. Further, the car’s record with the DMV may have a point that states the car has been involved in an accident before. This could depreciate its value even more in the future if you plan on selling the vehicle.

What percentage of a car is totaled?

For example, if your vehicle is worth $10,000, and the cost to repair the vehicle after the accident is $7,500, then the vehicle will most likely be considered totaled. The car will then be sold for scrap, or for any salvageable parts.

Who decides if a car is totaled?

When you file a claim with your insurance company, an appraiser or an insurance adjuster will most likely take a look at your vehicle to determine the damage done, and look at all of the other necessary repairs that you may need.

Contact our car accident attorneys at Megeredchian Law today for more information on totaled vehicles and cars. Totaled cars are the result of severe car accidents. If negligent parties have caused such an accident, they could be held responsible for not only your medical bills, but also the property damage you have suffered. Vehicle damage is just one of the several different types of property damage you can claim with your insurance company and through a lawsuit. For more information on how to move forward with an insurance claim or a lawsuit, give our car accident attorneys a call today.